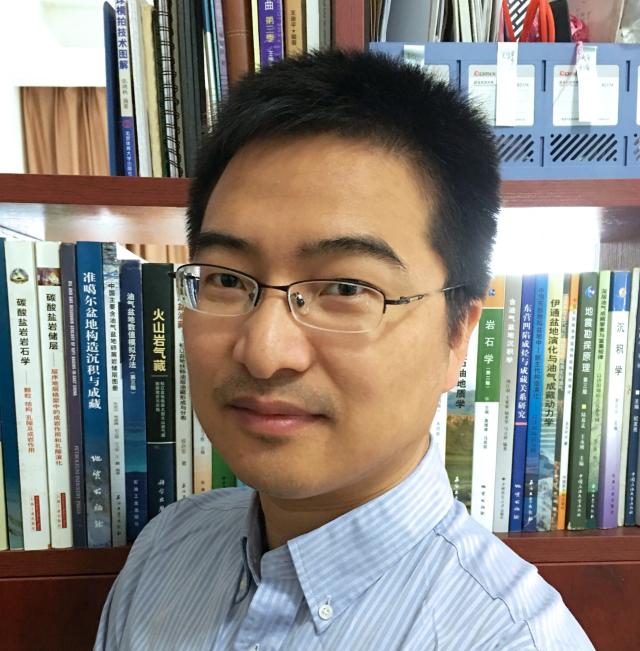 Dr. Hongwei Ping is a professor and a doctoral supervisor in the Department of Petroleum Geology, Faculty of Earth Resources, China University of Geosciences (Wuhan). He was born in Chengde City, Hebei Province, China. He received his Ph.D. in petroleum geology from the China University of Geosciences (Wuhan) in 2011. During 2009-2010, he studied in Blaise Pascal University for joint doctoral training and he visited organic geochemical lab in Macquarie University, Australia during 2015-2016. After 2011 he engaged in teaching in petroleum geology, hydrocarbon-bearing fluid geology and reservoir diagenesis and related research in China University of Geosciences (Wuhan), and he has committed himself to fluid inclusion and oil and gas accumulation studies since postgraduate stage. Up to now, he has participated in "Reservoir Diagenesis and Quality Prediction" textbook compiling and wrote a professional book titled by "Dynamic composition and discrimination during oil accumulation of the beach-bar sandstone oil reservoirs in the west of the Dongying Depression" with the first author. Recent years, he has conducted profitable research in oil and gas accumulation dynamics and oil and gas accumulation chronology and he has proposed improved petroleum inclusions thermodynamics modeling method for petroleum inclusions trapping pressure resconstructions, contributions from oil charges to petroleum accumulation, the effects of oil cracking on fluorescence color, homogenization temperature and trapping pressure reconstruction of oil inclusion, and trapping pressure-burial history method for dating hydrothermal events,quantitatively predict the thermal maturity of oil inclusion based on fluorescence characteristics and so on. After teaching in China University of Geosciences in 2011 he has been in charge of 1 National Natural Science Foundation Youth Fund Project and 1 General Program of National Natural Science Foundation of China, and other 5 research projects and has taken part in other 8 research projects. He has applied for 6 patents as the first inventor and he has published more than 20 professional papers with both first and corresponding author in journals including Geology, AAPG Bulletin, Marine and Petroleum Geology, Geofluids and Acta Petrolei Sinica (Chinese journal).